Where Talented New Screenwriters Get Discovered…

Could winning a screenwriting contest actually help launch your career?  The answer is “Yes!”  Over the past nineteen years, the PAGE Awards competition has earned a reputation for discovering and promoting some of the most talented new screenwriters from across the country and around the world, and since receiving their Awards many of our winning writers are now building highly successful careers in the industry.


And here’s a sample of some of the wonderful messages our past winners sent us shortly after they won their awards.  (Just click on their names to view their credits on IMDb.) “I have to say that this is the best contest I have placed in or won. The reaction to the press release was huge. I had 21 requests and 3 offers of option. My manager did some work and we have accepted the offer from Loesch Productions, with Darin Scott attached to direct. The script would not be where it is if not for you and your contest. Thank you!” “I’m still in shock over my win. Since the awards were announced I was sent out on several meetings scheduled by my management company, Epicenter, and I’m pleased to share that I have now accepted a Staff Writer position on the new Freeform horror series Dead of Summer! Thank you so much for your efforts throughout this process.” “I’m just over the moon and back again! My winning script was actually optioned this week. I keep pinching myself. I also met with one of your Judges, who was just wonderful. She’s reading some more of my screenplays. It’s all been a whirlwind, but very exciting. I can’t thank you guys enough!” “I am now a client of CAA, and I have you guys to thank for that. The ‘PAGE Award Winner’ comment was what got them to read the script. This has been a fantastic journey thus far and I am very, VERY appreciative of your contest and everything you have done for me. It has truly catalyzed my career.” “THANK YOU for believing in my script and talking it up among industry professionals. Peter Katz has now offered to manage me and I’ve accepted! I’m completely blown away to be working with him. This kind of support and attention is a world away from what things were like for me prior to the announcement! It’s crazy, but crazy good!”

“I’ve got the contract and will now be represented by Kelly Marshall at SMART Talent in the U.K. My animation short has been read by producers at Dreamworks and Aardman, and we’re pushing it in front of several eyes at the moment. Thanks again for the wonderful competition! This is thrilling!” “I’m currently working on a book adaptation for Ellen Pompeo’s company, doing rewrites on a feature, and writing the next episodes of my television pilot, which was sold to ABC Family. I’ve had a lot of meetings and have a few other projects coming down the pike, as well, so I am very, very busy. Thank you so much for your help and hard work! Over the moon!” “Great news! I signed with Adesuwa McCalla at MetaMorphic Management. She loved Going to Gunn and really believes in its potential for getting produced. And because of the contest win, I’ve met with a handful of producers who I’m establishing relationships with. Of course I’ll keep you updated.” “After winning the Gold Prize in the TV Drama category I signed with Epidemic Pictures and Management and my script The Golden Cage was optioned by Roadside Attractions and later purchased by Hulu. My PAGE success was an amazing milestone, and I am very grateful for the contest and its enthusiastic team!” 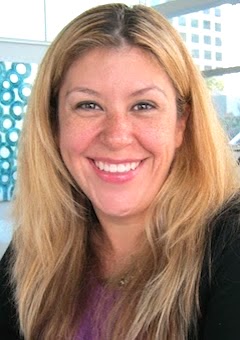 “A few weeks after the PAGE Awards were announced, I was signed by the Kaplan, Stahler, Gumer, Braun Agency, and in October I started work as a writer’s assistant on the ABC Family show Kyle XY. You guys are such a class act. It was a pleasure to be a part of your contest!”

“Shortly after the Awards were announced, I was signed by PAGE Judge Jeff Belkin of Zero Gravity Management, and he is now sending my script out to producers and agents. The reaction has been great so far and I’ve had about a dozen meetings on my script that have all gone really well. Thanks again for everything! None of this would have happened without PAGE.” “The award is lovely! And it will be hard for me to cash the check as it’s the first money I’ve ever received for pursuing my dream. Also, I have some news but can’t report it just yet. Suffice it to say I won’t be eligible to enter this year, but you can add one to the number of winners who have sold something. Thanks for running such a terrific contest!” “After my PAGE win, I signed with The Gersh Agency and my Silver Prize-winning script Icon was optioned by Sony. In addition, my TV pilot Books was produced by Fremantle Media and just won the top drama prize at the New York Television Festival. Thanks for running such a great contest!” “Lots of good news since entering Bleach into the PAGE Awards. The biggest is that we shot the pilot and we are currently shopping it around. I also got signed to 3 Arts and Paradigm. And since winning the award, I have been contacted by three producers who are eager to work with me on future projects. Thanks so much!!” “Winning the PAGE Award was a really significant step for me. I am happy to report that my script Control Alt Delete, which won the Gold Prize in the TV Sitcom Pilot category, has been optioned by Company Pictures, a major UK production company. I have also just been signed by the Curtis Brown Agency in London.” “Picture Lab Entertainment has optioned my script The Dead House – pretty exciting! And I’ve gotten quite a few emails from producers, so that’s been awesome. Busy busy busy writing and editing and rewriting… I haven’t come up for air since the announcement!” “Winning the PAGE Award has opened some very promising doors, getting me attention from important industry people. A contest judge who really gets the material helped me develop the script to put it in top shape, and his production company is now on board to shop it. Thank you so much for your help in getting my work noticed.” “I just signed with John Ferraro, who I met through a recommendation from one of your judges. I couldn’t be happier. In fact, he’s negotiating my very first option for me now. I feel such gratitude for all you’ve taught me. Best of all, I love how personal and intimate you have managed to keep such a huge competition. I honestly don’t know how you do it. It’s fantastic.” “The news just ran in Variety… I’ve been hired to write a high-concept sci-fi adventure for Hydraulx Entertainment (producers of Skyline). There are a lot of contests out there, but none are run better than PAGE. You guys rock!” “It’s official! I signed the contract optioning The Morning After to producer Eric Fischer today. Director Andy Cadiff is attached to the project, and I currently am collaborating with him on revisions for the script. I am beyond excited and so thankful for the doors the PAGE Awards has opened for me. Thank you for running a remarkable contest that helped me get noticed.” “This has been amazing! I’ve heard from lots of people curious about the script, and I have now signed with Marti Blumenthal of Ampersand Management. It’s fantastic to have a contest that does more than just give you a certificate and pat you on the head, but helps set you up as best they can to take advantage of the exposure. I am very grateful.” “Off of my drama pilot that won the Gold Prize and the efforts of Joe Riley, my manager whom I acquired through your contest, I’ve signed with UTA. On top of that, I had my first studio pitch right before the holidays and it resulted in a sale to Warner Bros TV. That’ll be my first paid professional gig, and the PAGE Awards played a key role in making this happen.” “My first film Social Suicide is shooting later this month, and it all came about from my PAGE 2013 finals placement and using my PAGE 2014 script as a sample. Many thanks!! I wouldn’t have had this opportunity if it wasn’t for my PAGE success both this and last year!” “I’m now a staff writer on the CBS show Waterfront about a colorful mayor in Providence (played by Joey Pants). I’m repped by Gersh. Met them early in the year, got sent on meetings in early spring, then was staffed by May. Amazing, eh?! I still can’t believe it.” “Living for Yesterday has been optioned by Judith Singer and she is teaming up with David Greathouse to produce the film. I’ve now signed with the Blake Friedman Agency in London, and I was recently commissioned to write an episode of Seacht II for Sterling TV. The show will air on BBC-TV and TG4. Your competition played a great part in this happening for me. I’ll always be grateful for that.”

Find out more about these writers and many of our other winners on our IMDb page:

In addition, as a result of their placement in the PAGE Awards competition, dozens of our Finalists and Semi-Finalists have also optioned their scripts, secured representation, and landed paid screenwriting assignments as well.

So, even if you don’t win a prize, just by entering the contest you may well win a career!

Would you like to participate in this year’s screenplay competition?

Find out How to Enter…